SyncWords - a leading cloud-based captioning and subtitling automation platform - today announced a solution for real-time translation of English live programming to 40+ languages to Facebook Live, Twitch, Twitter, or any other streaming platform. Leveraging Amazon Web Services (AWS) solutions such as Amazon Translate, AWS Elemental MediaStore, and Amazon CloudFront, SyncWords’ LanguageSync engine is able to burn-in captions and translate subtitles with custom fonts in any language for any live stream. Now broadcasters can deploy Live OTT subtitles in different languages in an affordable and simple way.

The main challenges that international news broadcasters face when streaming live content to social media is that only a single language is supported for live captioning and subtitling. In addition, live captioning for streaming is limited to Latin characters and social media platforms do not support Russian, Japanese, Hebrew and other languages that contain special characters. This is because captioning for live OTT heavily relies on the old hardware encoders and the live TV captioning standard in the United States called CEA-608.

To overcome these challenges, SyncWords designed LanguageSync, an entirely cloud-based system for captioning and subtitling made for live streaming. LanguageSync can deploy subtitling to social media in any language for live news and sports. Naturally, the LanguageSync system includes a way to automate translation of the subtitles using Amazon Translate. To add subtitles to the live stream feed without hardware, SyncWords set up a robust mechanism to burn-in subtitles into the video in real-time. Burned-in streams are published to AWS Elemental MediaStore as an origin server and Amazon CloudFront as a CDN for delivery. LanguageSync supports multiple variants of the media each with its own playlist.

“While captioning and subtitling for live streaming can be used as a primary tool to help deaf and hard-of-hearing audiences, automated machine translation of subtitling in multiple languages helps non-English speaking viewers follow, share, and subscribe to an online streaming channel for live news and sports,” said Giovanni Galvez, VP of Business Development for SyncWords. He added, “Live translated subtitles to Facebook Live is a major win for cloud-based machine translation technology.”

For more information on real-time subtitles and translation visit https://languagesync.com/

About SyncWords: SyncWords is a leading provider of captioning and subtitling technologies and services for both live and on-demand media. Launched in 2013, our automation and tools are used by thousands of businesses and major broadcast networks to generate captions. Our on-demand professional captioning tools leverage best-in-breed ASR and include our cloud-based Pro Caption Editor and Sync Editor. Our live offerings include Recapd for real time captioning of meetings including Zoom and WebEx, and LanguageSync for translating captions to subtitles in 40+ languages for live news and sports for OTT and broadcast. Learn more at https://syncwords.com 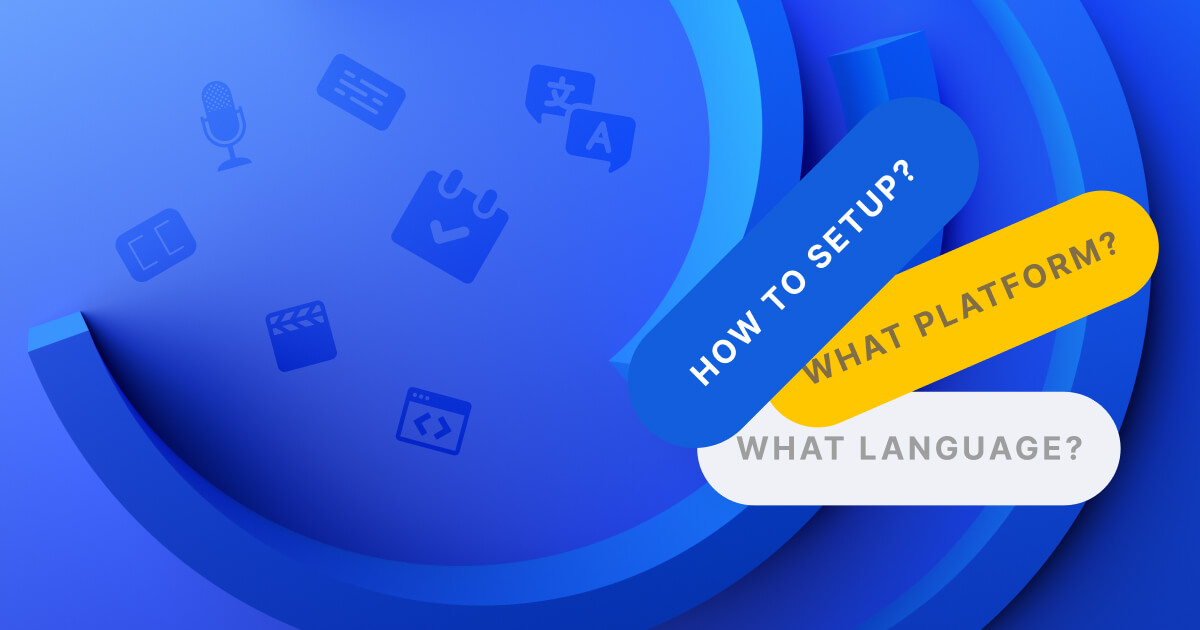 April 9, 2021
By
The SyncWords Team
Newsletter Sign Up
Get great insights from our expert team.
Thank you! Your submission has been received!
Oops! Something went wrong while submitting the form.
By signing up you agree to our Terms & Conditions