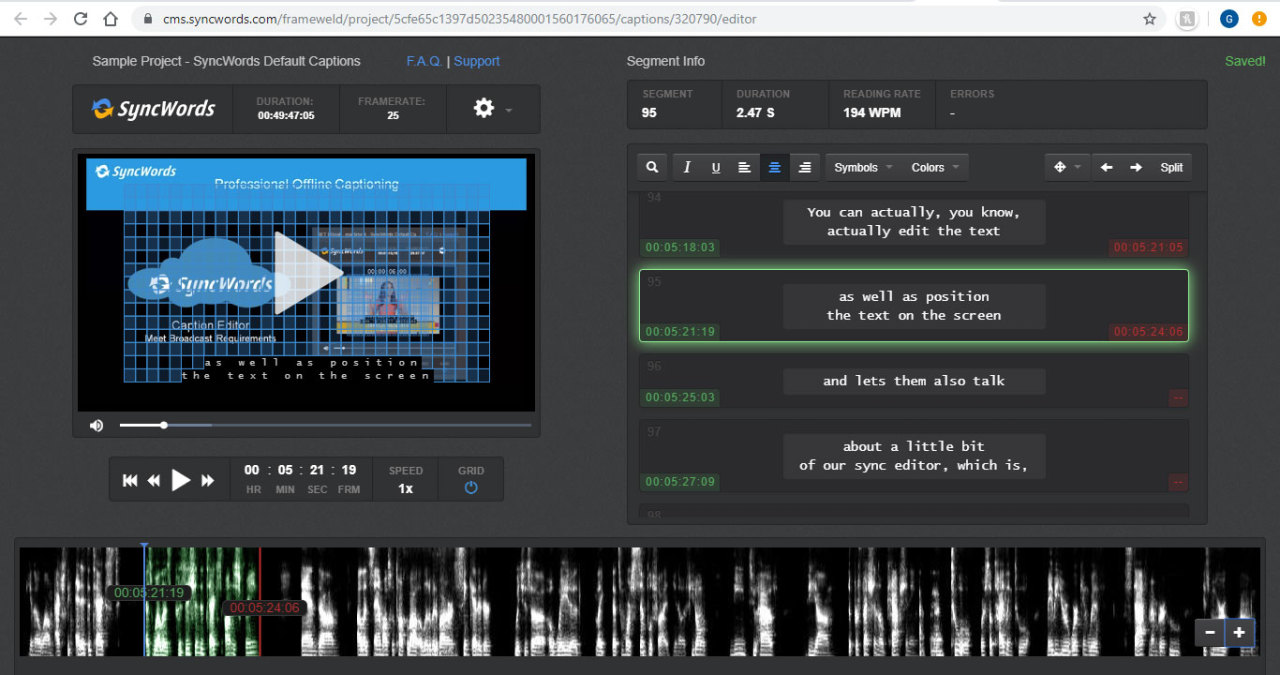 We are excited to announce that our Pro Caption Editor is now officially launched on the SyncWords platform. This is a complete caption editing and authoring tool designed for the professional broadcast captioner. Unlike desktop captioning software, the Pro Caption Editor is cloud based and AI powered. This means that service companies, post-production, college accessibility departments, and houses of worship can simply open an internet browser and get their captioning done to meet strict accessibility guidelines. The SyncWords Pro Caption Editor has been field tested by major broadcasters and is production-ready.

Scalable - Enterprise organizations can add and manage new users to their account easily expanding their workforce. Working with independent contractors and full-time employees to complete large projects is easy with SyncWords. Cross Platform - Because the Pro Caption Editor is an internet browser based software solution, users can access the captioning tool on Mac, Windows, Linux, and even Chromebook.

API assist - Organizations that need to caption high-volumes of media can upload their videos to the SyncWords Pro Caption Editor using automation via our API. This means that captioners can simply log in to SyncWords and start captioning and editing new projects.

Auto Scene Detection - To meet accessibility standards, our AI captioning tools can detect all scene changes in your video media and set up indicators within the Pro Caption Editor. SyncWords can also automatically snap the caption timing to start of a new scene.

Auto Timing - One of the key features of SyncWords is the ability to take a plain text transcript in English or Spanish and automatically time stamp the words based on the spoken dialogue in your media. This means that if you have a transcript of your video, SyncWords can match that to your video and complete the captioning project in about half the media run time.

Auto Paint-On - For professional post-production companies that create short form content such as commercials and promo’s, SyncWords can automatically set the first caption to be paint-on to meet technical requirements. This means that this preset can be assigned to all relevant projects and minimize the chance of error.

Auto Translate - SyncWords can take a completed caption project and translate the captions into more than 40 languages. This feature enables users to localize their media and work with translators anywhere in the world.

SyncWords with the Pro Caption Editor is the future of professional captioning. We invite you to try it by creating a free SyncWords account. 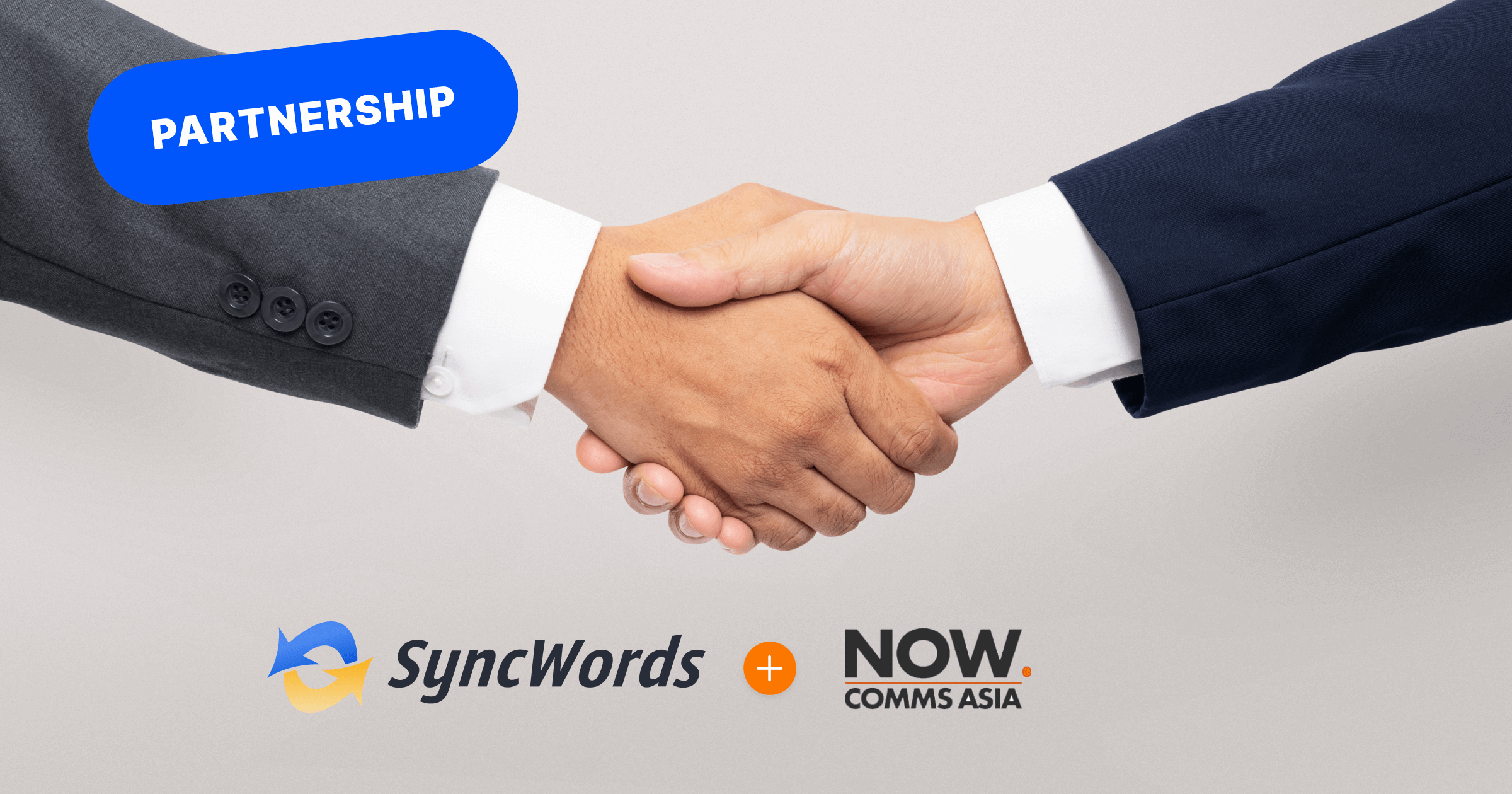 October 22, 2021
By
Suma Nagaraj
Partnerships
Newsletter Sign Up
Get great insights from our expert team.