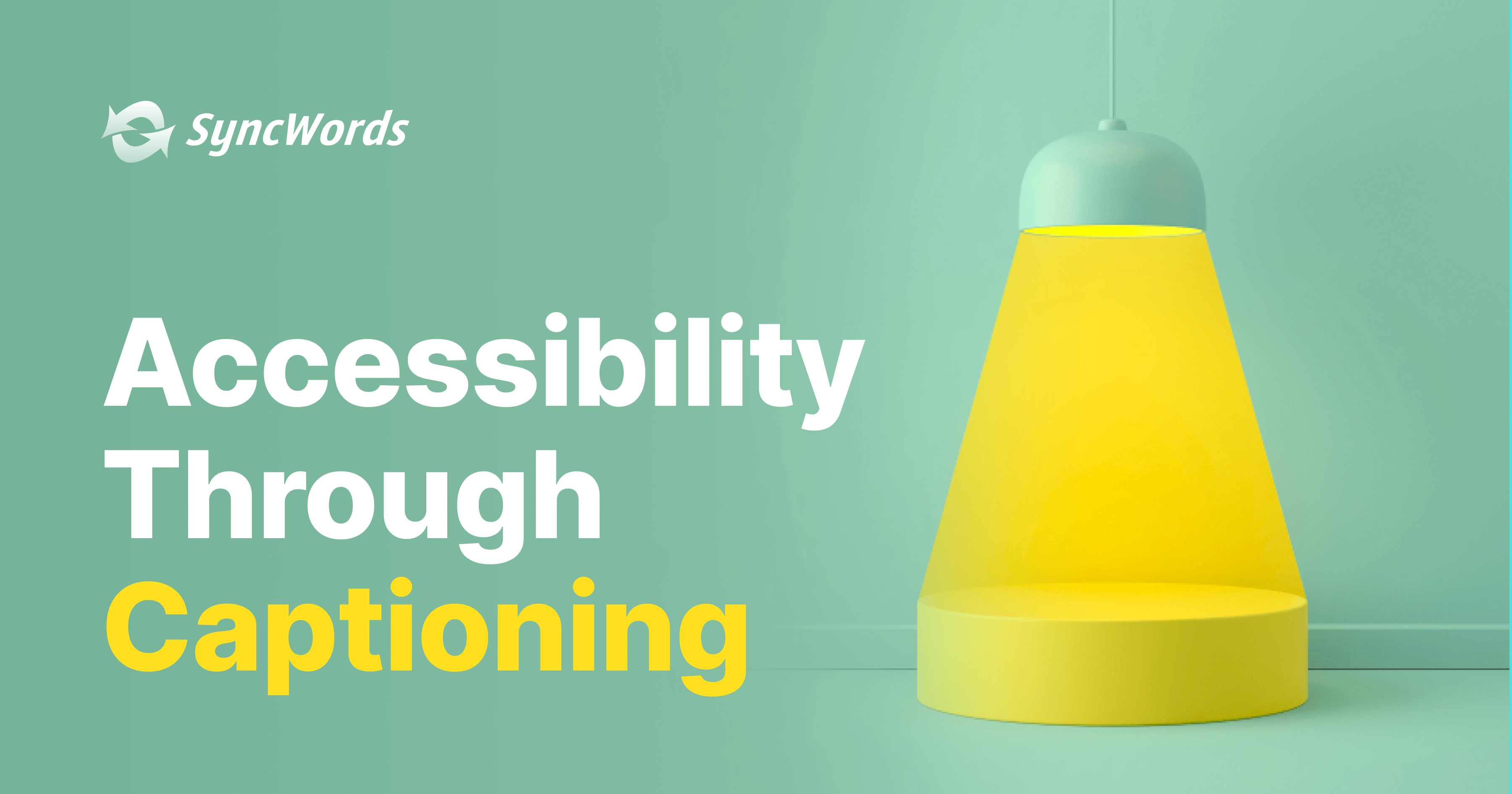 Syncwords was thrilled to be a sponsor for the Non-Obvious Diversity Summit held in Jan 2021, where 200+ speakers participated over 50 sessions. https://www.nonobviousdiversity.com/

Check out a special interview with summit host Rohit Bhargava and Syncwords VP Giovanni Galvez where they talk about everything about captions and why they matter.

Diversity Summit. And we are going to talk about a very important and under-appreciated

topic right now, which is captioning. And I'm joined by my new friend, Giovanni Galvez, Gio,

as he's known to his friends, and now we are friends, to talk about your platform SyncWords

and your amazing background in doing this. Now, you come from broadcast television

background and you've been doing closed captioning for a long time. And now you've got a

company, SyncWords, that allows us to do captioning and live automated captioning for

virtual events as well. And you're working on lots of different things with virtual reality. And

we we just had so many places to go. And by the way, we are currently using SyncWords as

the captioning provider for the entire Non-Obvious Beyond Diversity Summit. So we are

customers using the platform. And I'm so happy to be talking to you about this right now, Gio.

Thank you for joining me.

Yeah. Thank you so much, Rohit. I'm very excited to be here.

Yeah. And and I want to talk a little bit, first of all, about the necessity for captioning. I think

should. It's sort of like it’s it's for some people in that brushing your teeth category, like we

know we should do it, but we don't actually always do it the way we should. So talk a little bit

about why captioning is important in the first place.

Yeah, so there's two ways to really look at it. The first way is, um, you know, do you want to

be as inclusive and to provide accessibility to your to your audience? Right. When they're

eight million people in the United States who suffer from hearing loss, who are deaf and hard

of hearing. So that's a big demographic. You know, looking at it worldwide, the number is

even bigger. So if by having accessibility, you're actually allowing people to join your event

and and being able to appreciate it as much as everyone else. Um, of course, you know, there's

budgets and there's things to keep in mind. But nowadays, you know, it becomes very

economic to have captioning and there's technology that allows you to do it. The other—Oh,

The other aspect of it is, of course, there's there's people like that have to do it

because it's required by law. You know, there's broadcasters on T V. They have to do it,

otherwise they get fined. This is true in not only in in the United States, but Canada, Mexico

and other countries, even in P-- Asian countries. Now they're adding this law. From the virtual

space, we see universities, government agencies. They also have a mandate to be accessible.

Right. And they want to avoid, you know, fines, litigation or or jeopardizing any other public

funding. So they have to be accessible. And it's not just about, you know, putting ramps in

their in their infrastructure or or having websites that are accessible, but adding closed

captioning specially to live events and prerecorded videos. So there's legislation that drives it,

you know. So you can't forget or you can't like, you know, not do it.

And then there's, of course, the the aspect of of of trying to make something

that appeals to your audience that that they can use.

And and there's really sort of two directions to go when it comes to captioning. And we face

this choice as event organizers ourselves. There's the human version, which is someone's

actually doing it, and then there's the automated version, which is using artificial intelligence

and you actually offer both of those services. So how do how does one contrast those two?

When is it optimal to use one versus the other? Give us a little bit of a a cheat sheet, so to

speak, on on how to decide what's the best option for captioning.

Yeah, I I guess what drives

It's it’s certainly a lot cheaper

than having a human captioner.

going to be more optimal

to have a human captioner.

And the reason is because,

you know, not everyone has these fancy

in front of them that gives a good audio, right.

It could be a mixed bag.

And so when that happens,

if the audio is bad

the sound is too low

a lot of other factors,

is not going to do a good job.

Not only that, punctuation,

are problematic with automatic speech.

but it's not quite up to par

with the human captioner.

And I think we're still

a ways from that.

Having said that, there's also

the other dimension, which is

of the live captions.

So you have the the English captions

that are done and then people want to,

you know, in real-time translate

that to French, Spanish,

And when the English

is not right, um, meaning if there's

is just not usable at all.

So in that case, you always

should use a human captioner

if you're going to do

and the ASR is just not

an option in that case.

Yeah, and and you mentioned

that that cost is sometimes

one of the drivers. Time,

as well to be able to do this.

difference because, I mean,

I think sometimes we see

and technologies and we think,

well, it was created for people

And I don't know

that my audience actually

But at the same time,

what you realize is, look,

there's a lot of situations

where people are watching video

with the sound off

what someone's saying as easily.

Maybe it's an accent,

they don't have a good

So there are many situations

where having, kind of, captioning

is is actually it's not just

for the disabled audience.

It's for for all of us

And so it's just a good thing

to do across the board.

there have been studies.

That could be our opinion

or some opinions differ.

that when captions are on

when you're watching a lecture

You actually can pay

rather than zone off

and get distracted by,

you know, say, you know, your phone

beeping and, you know, feeds and stuff.

So captioning has a a kind of like a way

even if they're not deaf

and hard of hearing,

and especially for children

even having captions on

can increase by three-fold.

and scientific studies that backed

by the National Captioning Institute

in the in United States.

Yeah, I I love that,

and I I know that you have many

that people can use

your service, you also have

a lot of organizations

who are already using it,

and it's very successful.

And we are absolutely

for helping to support

for being a part of it,

for providing the software

and and the support for us

to be able to caption

that we have released

as part of this summit

and making it as accessible

as possible to a huge, wide,

So if people want

to learn more about

to check out the platform

and learn how to get their own

translations or any of the other

services that you provide,

how can they find out

and and see what you can do

so believe it or not,

we'll reach out to you

You know, events happen all day,

every day, all night.

And so reach out to us.

And even if, you know,

you just want to learn

more about the technology.

Love that. Well, thank you

so much for joining me.

I really appreciate it.

And and I will say, as somebody

who is just working with

SyncWords for the first time,

the team has been

of working with your team.

So I want to say

thank you for that.

for supporting the event.

And if you're watching this

and you do need to get

It's an awesome platform,

I hope you enjoyed

of what it takes

to caption the videos

and I hope you enjoy

the rest of the Non-Obvious 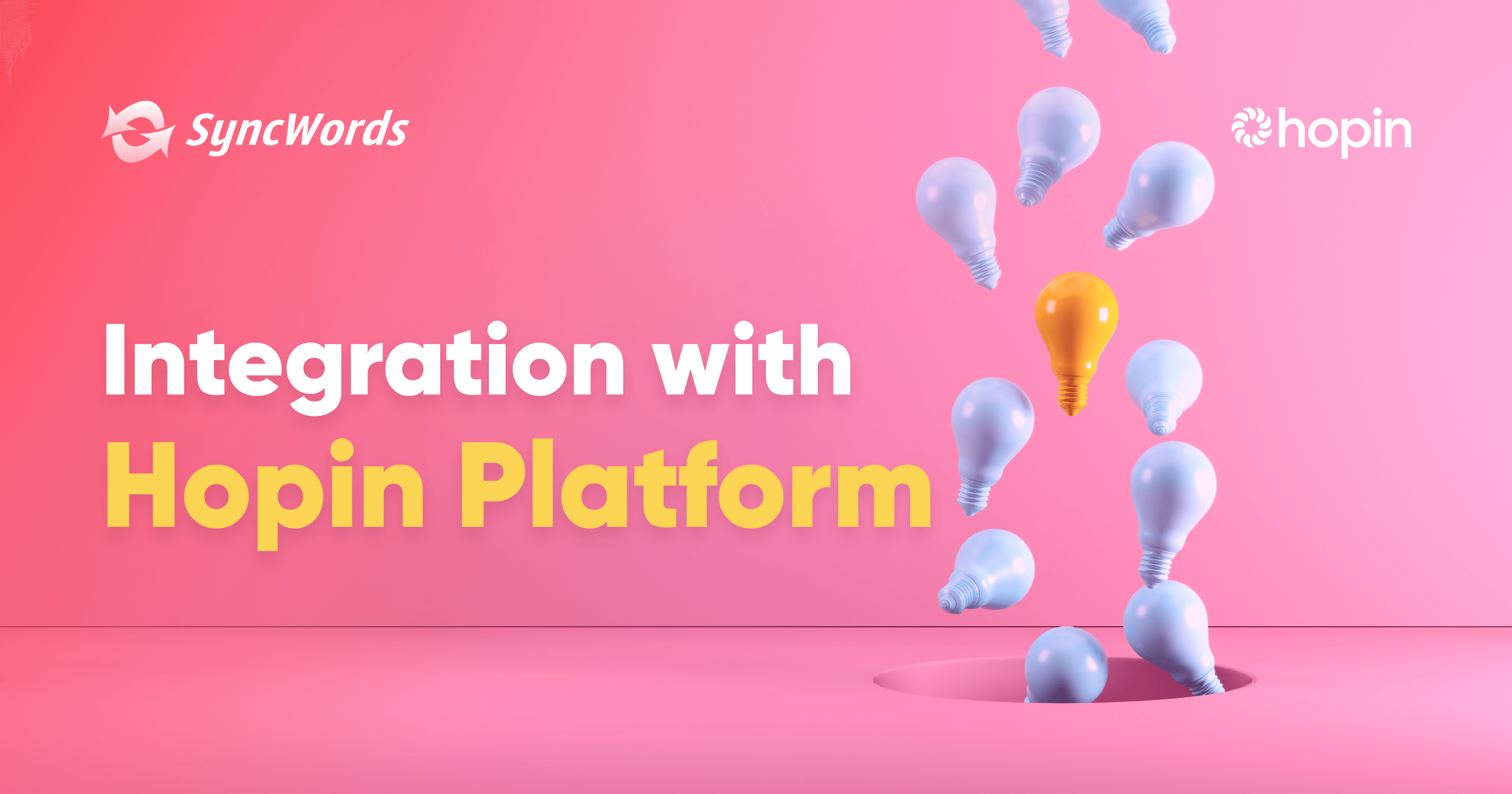 September 9, 2021
By
Suma Nagaraj
Partnerships
Newsletter Sign Up
Get great insights from our expert team.